Barriers to Implementation of Auditing in an organization: Case study of Kuwait State Audit Bureau 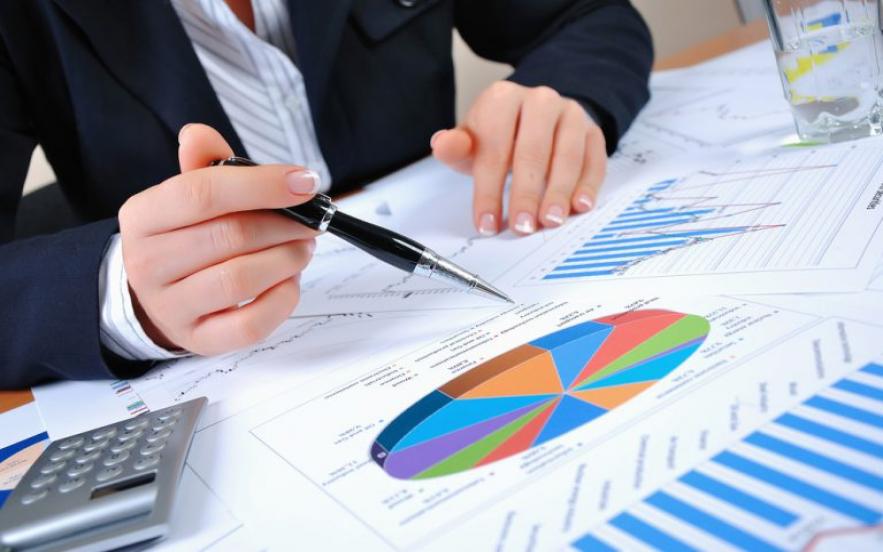 Audit control mechanisms are measured within acceptable operational standards and thus in compliance with the changing levels of aided implementation of best practices, the Kuwaiti State Audit Bureau is productively examined within its statistical successes in auditing. The literature underlined comparative levels of internal auditing with the audit maturity model being fundamentally utilized to reflect standard audit practices and derive subsequently appropriate data aided within the comparative monetary management paradigm.

In the implementation of financial management techniques, there has been a long organizational based challenge in the broad spectrum of the industry. The relevant derivative of these approaches are classified according to the implementation capabilities in decision making factors between the reporting characteristics and the nature of evaluation constructs as envisioned in Kuwait State Audit Bureau. The manifestation of implementation strategy is encapsulated in the Kuwaiti audit system and which the government technically supervises. However, the continuous neglect of the audit system, including unregulated approach to the changing financial reporting metrics has in various operational levels drained the optimal expectation of the audit capacity. The driving forces that are integrated independently and through standard guidelines are reasonably established in order to understand acceptable monitoring processes. While the core opportunity constructs are subjected to adequate implementation strategies, the existing opportunities are minimal and full understandings of the tools or practices relative to these auditing practices are non-existent. This paper therefore sought to examine the barriers that the Kuwaiti State Audit Bureau faced in the overall implementation of the audit mechanisms including perceived hindrances that would actually create disproportionate results. The adoption of the weighty and inherent factors could comprehensively be reflected by the difficult auditing regulations and both the audit practitioners and the researchers involved in comparative audit research would be amicably integrated in the study. The emerging trends of audit measures with less common inclusion of corporate financial mechanisms is conceptually utilized to help attain empirical results relative to the research.

Writing might not be the strongest side of yours, but there are hundreds of experts that can help you do it properly. And if you are looking for the best one, don’t hesitate to buy cover letter at Pro-Papers.

1.1 Relevance of this thesis to Kuwait

This topic is relevant to the thesis is established within a focused analysis of the spectrum of auditing mechanism and the wider concept of its application in organizations. However, established barriers are known to hinder the productivity of an audit system. Within the comparative research analogy, the Kuwait State Audit Bureau is a state run audit organization and its operational standards, functioning and system classification is based on the internationally accepted code of audit operations. However, various research considerations have indicated that certain violations of the monitoring process would invoke a complete breakdown in the internal and external audit practice. The research therefore provide a critical ground for furthering studies in extensive auditing including relevant implementation and development strategies needed to optimize organizational performance.

Auditing in financial controls offers an essential path for developing and managing finances including creating a broader environment for increasing efficiency and effectiveness. However, in Kuwait State Audit Bureau, complex hindrances occur and prevent the organization from attaining its strategic audit objectives. Planning is crucial for the general positive outcome of any organizational strategy as it concerns politics, culture and management changes in which case there is need for a singular minded search for the challenges that may arise within the implementation of organizational management theories either strategic or traditional. As such the Kuwait State Audit Bureau is critically been evaluated within the strengths of its metric functioning and the subsequent implementation capabilities based on a more defined motivations and adopted experiences relative to its managerial levels.

To provide an understanding of barriers in the implementation of relevant auditing practices in Kuwaiti State Audit bureau, this study aims at evaluating the relevance of these barriers and instituting techniques, practices and appropriate mechanisms relative to the improvement of the overall prerogative levels of management. The objective examined including the techniques of auditing would be the considerable tasks that are functionally measured within the given levels of efficiency.

The research questions examined in the analysis of barriers of audit controls are objectively covered in chapter 3.

The research methodology was based on the review and examination of the research pertaining barriers in audit controls involving location, organization, management, transformation, creation, communication and evaluation of research tools as well as data based information resourcing. Furthermore, analysis of current scientific knowledge in theoretical building and strategic management offers were based on the incorporation of managerial and generalized feasibility.

This phase comprised of the examination, tabulation, and categorization or in some cases recombination of evidence based data in the addressing of studies that were in first placement in the proposition. Advanced tooling was used such as text mining with grid and semantic applications being used for the creation and application of data analysis. Furthermore, cognitive mapping and capture of policy were used as well as arrays in the display of data and frequency tabulation display of events in ordered information that was collected form varied perspectives and sources.

The structure of literature review is based on the macro-environment and relevant analysis of its economic growth. The research tools applied are based on newer variants and modified. The information classified with reference to Kuwait economic performance includes governmental structures as well as its trends in inner as well as foreign policy aspects. The economic levels include the monetary and fiscal policies and in the diversification of its growth capacity, Kuwait has an established performance levels in its industries, the business environment and the general infrastructure.  Moreover, the relevance of the country’s social structure and its outward development strategy including part of its climatic environment envisions weather and the agricultural activities, which form an important backbone of economic growth.  Finally, the impact of legislative factors in the growth of GDP and the appropriate underlying factors are relevantly measured.

Kuwait is a country that is constitutionally a monarch and is headed by an Emir. Based on its heritage, the overall political leverage is defined by a dynasty and its ruling family is derived from direct descendants of the ancient Emir.

Establishing a successful business goes beyond tacit entrepreneurialism and good book keeping. Besides the obvious ‘human + capital + product + place” adequate combinations, firms that are greatly improving and this occurs from the study itself, observe and react to their environment, prepare and innovate. All of these elements however, lose their importance when a business does not or cannot make any profit, for at the root of all companies, no matter how green, how responsible, or how charitable they are, the business of business is to make money. It is there a matter of principle that in the process of providing the relevant steps, most relevant topics in strategic management is the discussion of how countries develop competitive advantage and beyond. The relevance of manpower and policy enactment as enshrined in the Kuwaiti constitution is to develop a paradigm for perfecting the overall financial system in the country. First, a comparative analysis of the literature surrounding the ways businesses differentiate themselves in a competitive macro environment is offered. Secondly, the diversification of Kuwaiti industries, apart from the traditional oil processing is captured as per its economic growth objectives. Its highly developed construction industry including shipbuilding are comparatively ideal and set the precedence for its overall GDP and economic development.

Kuwait’s independence in financial position provided the country with a belief that it would unlock its economic potential prosperity. Kuwait underwent a series of industrialization changes, creating heavy policy controls over the economy, but with unambiguously negative results from 1963-1984, worsening in the 1970s. Kuwait’s per capita income slowed and was unstable from 1969-1983 but gradually steadied from 1985 onwards when the government’s influence on private sector was reduced. Asmah, (2011) indicated that oil production had reduced by 11% of its overall export due to government’s diversions. The policies changed in 1990s and explored by Boeteng, (1997) paved way for a stronger economy which holds both the exchange rate as well as trade reforms. Subsequently, Barthel et al, (2008) established that the inflation reduction was rapid by 1992.  The GDP growth from the resultant efforts was +5%, consequently reducing poverty and improving various social and economic indicators.

Auditing mechanisms are faced by changing operational metrics and the productivity levels of given internal audit measure is comprehensively leveled against considerable influential factors.

The research work of Anríquez, (2008) and Aryeetey, (2005) provide a comprehensive analysis of the period reflecting Kuwait’s growth record and reforms. The policies, which were entirely based on concurrent productivity, increased inputs and its reflective growth factors, enhanced the growth model in the period 1990-2000.

Yergen et al, (1998) indicate that Kuwait’s sectarian structure comprised of population determinants reflecting low productivity in agricultural activities. However, the exports from oil rose significantly in the periods 1965-1983, demonstrating its overreliance of oil, and its industrial sector comparatively slowing during the same period. 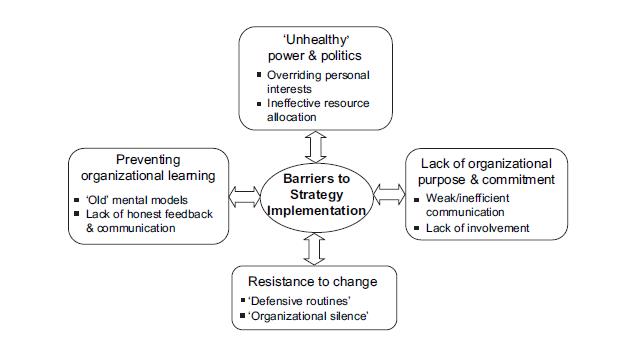 Wish that someone could do a lab report for you? Let’s make your wishes come true! At Pro-Papers you’ll certainly find an experienced lab report writer online, who will accept your order and perform it at its best.

This is in addition to prevention of organizational learning in the form of usage of historical mental models with inadequate honest feedback and communication. Furthermore, this model also entails the aspect of inadequate organizational focus and operational commitment as reflected in weak and communication inefficiencies with inadequate involvement. Resistance to change in the form of routines that are defensive which bring about silence in the organization is another model aspect presented. From this model, we can gain an understanding of the major principles that underlay the barriers to auditing within auditing based organizations with the initial principle dealing with business processes requiring the support of the requirements of the business. This is because all processes are required to raise the value of the organization in support of the vision of the organization as well as support for the strategy, which is reflected by aspects in this model. The second principle entails the members within the organization as the positive support that its members provide in the execution of organizational auditing processes. This is because organizational member support is vital in the varied stages within an organization for the major efforts of change as their positioning provides them with the capability for motivation of other members for adoption of change.