Diving technology that started with the most simplistic approach of a diver holding his or her breath and then undertaking a dive was the beginning of the interesting sport of diving. This technology was pretty rudimentary and diving was undertaken only when it was absolutely essential. This technique was used predominantly by pearl harvesters in search of precious natural pearls that adorned the most beautiful of women in the world and they were obviously very expensive! This was the first generation of diving technology.

If you feel stressed and lost, and need help with writing critical thinking for college students, you should ask for professional assistance – Pro-Papers will be glad to provide you with excellent writing services. 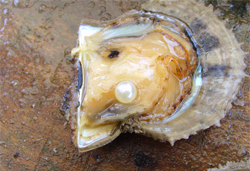 Figure: A natural peal inside an Oyster

The second generation of diving technology was when divers used a pipe straight from the boats above that carried air under pressure. This allowed the divers to be underwater for much longer than when they used earlier technology of holding their breath. The constraint in depth of the diving was the length of the pipe that served as the umblical chord. There were numerous instances when the pipes got cut accidentally or by simply curious sharks. This can be referred to as the seond generation of diving technology. 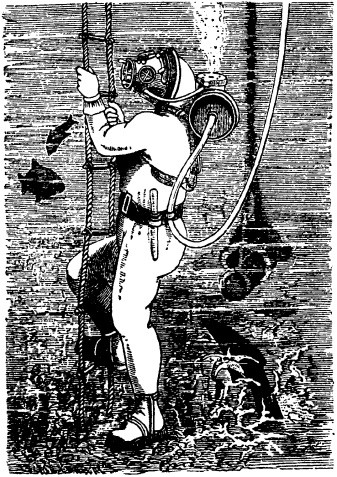 The third generation of diving technology revolutionised the diving and made it available to even ameatuers to experience the wonders of the under sea world with all its myraid colours and wonders complete with all the variety of fish present there – a reality of experiencing the mythical mermaid world. The technology that facilitated it was SCUBA the Self-Contained Underwater Breathing Apparatus. This allowed even rank fresher curious to explore the underwater world to go under the sea safely for sustained amount of time probably for the first time when diving was explored for non-professional purposes. In Scuba diving a diver carries compressed air in cylinders with them to provide breathing gases. The equipment used for scuba diving is classified as either open circuit or closed circuit. Typically, the Scuba Diver moves around under water by the usage of feet fins while, diving propulsion vehicles could also are used. 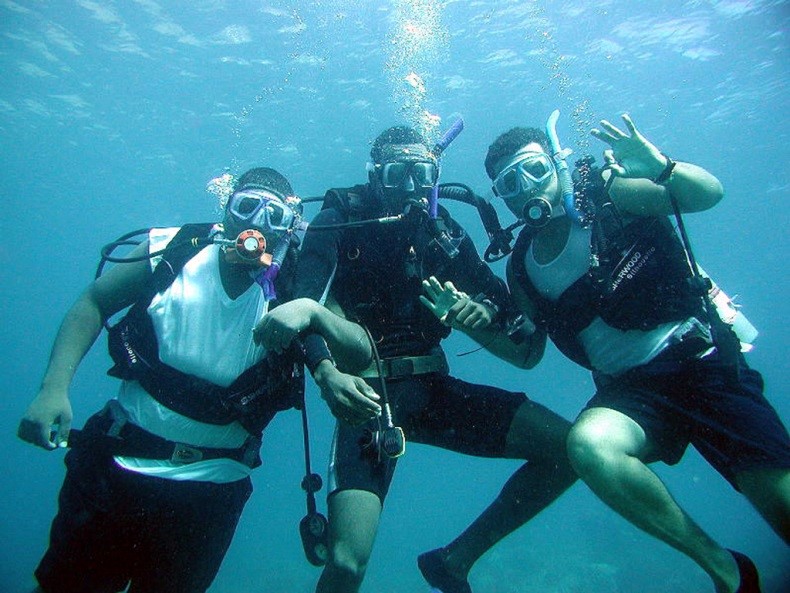 Scuba Diving can be used for a great number of personal and professional uses. However, recreational diving is purely for enhancing quality of life experiences. Professional divers are hired for a large number of purposes that are required to be done underwater and these trainers are highly qualified and trained to an extent where they can even handle emergency situation. What is relevant to this business plan is diving for recreational purposes and it has a variety of professionals like instructors, dive masters, and dive guides who work either as part time or full time professionals. 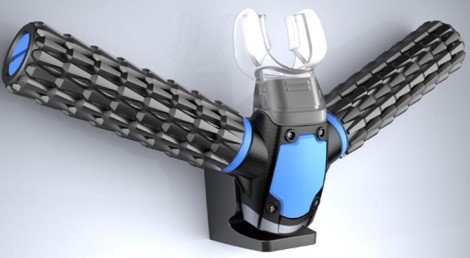 The latest diving technology or the fourth generation of diving technology is the use of oxygen respirators. This is a small device that does away with the need for carrying air cylinders by the divers. Hence it allows the dives to last much, much longer than can be had with the earlie r third generation equipment. It is possible becaue of its design of very small, nano scale 'artificial Gills', a sequence of small elements or threads which have tiny holes laterally, these hoes are smaller than the water molecules, and can efficiently isolate Oxygen from the water.

Have no idea how to draw a comparative essay outline while the deadlines are coming? Apply to Pro-Papers and get a qualified writing help at a low price, which will bring lots of benefits to you.

The New York City has its world famous attractions of Broadway Shows and shopping experiences at Madison Avenue. Other than these conventional tourist attractions, about 50, 000 visitors also visit the Madison Square Garden. Similarly the MCI center at Washington D.C. is a classic example of round the year tourist destination along with its huge shopping and dining facilities that are attached. The MCI center is incidentally a national sporting gallery and also has a Hall of Fame and Museum. The Bass Pro Shop of Springfield in Missouri State is officially the number one tourist attraction in Missouri and it attracts about 3.5 million visitors annually. This Shop, if it can be called so, has 350, 000 square feet of space, selling every conceivable sport item required for any kind of sporting activity. One of the highlights is also a manmade waterfall that is about 12 meters high as well as four huge aquariums that host Bass and other varieties of fish.

In 1999 and 2000, approximately 43% of all Americans took part in one or the other form of oceanic recreation. Most people in the United States flock to seashores and coastlines with a variety of motive like either to swim, or fish, or boat, and to just enjoy the natural scenery (see Table 1) (V.R. Leeworthy G. J., 2001).

Table 1: National Participation Rates and Number of Participants by Activity

The two most prevelant and most ought after marine recreational activities in the United States are Snorkeling and diving and these two activities represents a large proprtion of marin recreation. “More than 5 percent of the population age 16 or older snorkeled at least once and 1.35 percent went SCUBA diving (Wiley, 2001). Snorkeling and diving are ranked the eighth and thirteenth most popular activities in marine recreation in the United States (Table 2) (Wiley, 2001).

Even though the prediction estimates offered by Leeworthy et al. (2005) (V.R. Leeworthy J. B., 2005)indicate that the proportion of the population who are keen on participatimg in snorkeling is anticipated to to decline throughout 2010, while the percentage of people participating in scuba diving is expected to rise, and “the number of participants in each activity is projected to rise. Snorkeling is expected to attract over 11 million participants by 2010, and scuba diving is anticipated to gain nearly half a million participants between the years 2000 and 2010, totaling 3.34 million (V.R. Leeworthy J. B., 2005).”

In the study by Leeworthy et, al., it is projected that the number of participants would increase to about 3.34 million in the year 2010 in Scuba Diving. This estiamte is based on the increase in educational attainment which is positively correlated to participation rate. 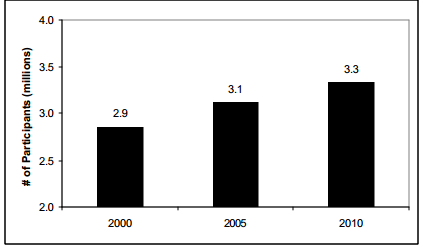 In another research, it was estimated that 85% of the global diving population is from the United States. This is predominantly because, the number of individuals trained in the United States. It is estimated that, in the year 2003, the Dive market had exploded to account for 7.8% of all travel, accounting for USD 2 billion. This trend among travellers to move away from pure leisure and relaxation seems to be catching on in most of the other countires globally.