Display of Trust in Tweets about H1N1 Pandemic

Need help writing a reflective paper? Then, it’s about time to start taking actions! Don’t hesitate to place an order at Pro-Papers, it is online 24/7, so you can receive your writings anytime you need them. 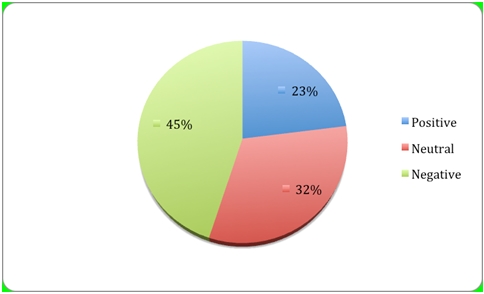 Figure 3. Display of Trust in Tweets about H1N1 Pandemic

Table 8 and Figure 3 illustrate the nature of Twitter responses about the H1N1 pandemic. The tweets marked as neutral were mostly humorous tweets about swine flu. Some of the tweets include private jokes with reference to swine flu. Majority of the tweets marked as neutral were not related to H1N1. The tweets marked as negative were those that talk about the negative side effects of the flu vaccine. Others criticized public health organizations for failing to release updates and information about the H1N1 virus sooner. The more recent tweets mention several isolated cases of H1N1 in different parts of the world. The positive tweets, on the other hand, include reposts or retweets of the success of flu vaccination. Some of the positive tweets were also commendations of CDC, while others were recommendations for their friends and families to get a flu vaccination.

Chew and Eysenbach (2010) conducted a study about the public response during the H1N1 pandemic in 2009. Chew and Eysenbach’s (2010) research objective is to identify the nature of posts and updates on Twitter during the pandemic using the terms or hashtags “H1N1” and “swine flu”, conduct a content analysis of these posts and updates, and determine the role and function of Twitter during an event or phenomenon that affects the public on a global scale. The researchers archived public tweets posted from May 1 to December 2009. Using Twitter hashtags (“H1N1”, “swine flu”, “swineflu”, and “H1N1”) Chew and Eysenbech (2010) collated two million Twitter posts using Infovigil, a system used to survey information in the World Wide Web. Over time, Twitter users increasingly posted using the hashtag “H1N1” after the World Health Organization recommended the term’s official use. To narrow down data, the researchers randomly selected 5,395 tweets and analyzed archived data using the axial coding scheme. The researchers applied the coding scheme by using keywords and categorizing the content of the 5,395 tweets using the keywords in a database. Based on the analysis of data obtained, the researchers discovered that majority of the posts (52.6 percent) were resource-related. In addition, 23.2 percent of the posts were reposts from news websites, compared to 1.5 percent of the posts linked from public and private organization or agency websites. The significant difference between news websites and public and private organizations or agencies as sources of Twitter posts and updates reveal the level of public trust towards these institutions. Aside from these findings, Chew and Eysenbach (2010) also discovered that social media plays an important role in public health, especially in the dissemination of information to the public from credible sources. Furthermore, online users utilize social media including Twitter to post their views and experiences. The latter helps the authorities and the public and private organizations involved to address public concerns and problems aired over social media networks.

Twitter has significantly contributed to the efforts of public health organizations during the H1N1 pandemic to disseminate information, track the spread of swine flu, and identify the concerns and problems of the public regarding the disease. According to Signorini, Segre, & Polgreen (2011), public health organizations used Twitter to track the posts and updates about H1N1 or swine flu. Using the search button and going over the Twitter stream, the researchers discovered that the kind and quality of information communicated over the social networking platform has significantly contributed to informing public health organizations about the conditions of individuals during the pandemic. Moreover, Signorini, Segre, and Polgreen (2011) reviewed health statistics during the pandemic and discovered that the information posted and reposted on Twitter during that time were accurate in informing the public about disease levels worldwide.

Overall, the case of social networking use during the H1N1 pandemic illustrates how the platform could be used for information dissemination and to determine the concerns and problems experienced by the public. The data supports the idea that social media in general plays an important role in crisis communication and management.

Display of Trust in Tweets about BP Oil Spill 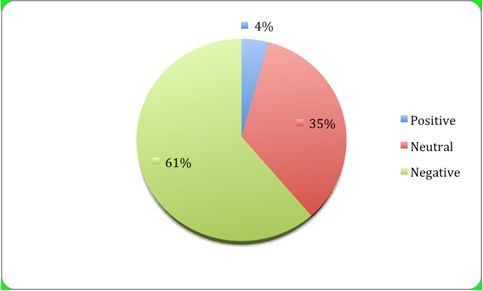 Figure 4. Display of Trust in Tweets about the BP Oil Spill

Table 9 and Figure 4 illustrate the nature of Twitter posts about the BP Oil Spill. Majority of the tweets marked as neutral were humorous content about BP. A Twitter user created a fake BP Oil account and used the platform to mock BP Oil. Many people repost the account’s tweets. Other tweets talk about past oil spills. The tweets marked as negative are those that criticize BP Oil. Most users believe that BP Oil is accountable for the oil spill. Many people also aired their thoughts about BP Oil’s bad reputation and how the company seems to avoid responsibility by putting the blame on another company. In addition, many people condemned BP Oil for failing to respond to the crisis effectively and adequately after the oil spill. The positive tweets, on the other hand, talked about the efforts by volunteers, the government, and non-profit organizations to clean the ocean and save or preserve marine life. Other Twitter users encouraged their followers to contribute to the restoration of the Gulf.

During the BP Oil Spill, majority of people following the news expressed their disgust toward the company. Critics condemned the company for failing to respond to enquiries regarding the incident right after the explosion of the company’s oilrig at the Deep water Horizon in the Gulf of Mexico. Instead of reassuring the public and providing them with information, BP Oil Spill did not issue any statement. Aside from failing to communicate effectively, BP Oil also failed to take responsibility and show accountability for the oil spill. Instead, BP Oil blamed another company for the oil spill. Furthermore, BP Oil’s crises response after the oil spill failed to satisfy those who were affected by the oil spill. The company used false information to downplay the impact of the oil spill on the environment and the people in Gulf.

The case of BP Oil illustrates what public and private organizations should not do during crises. The responses of BP Oil, which earned criticisms from the public, show that public and private organizations should respond to crises immediately, reassure the public about the occurrence, provide information about the event, take responsibility, and use factual information.

Display of Trust in Tweets about Hurricane Sandy 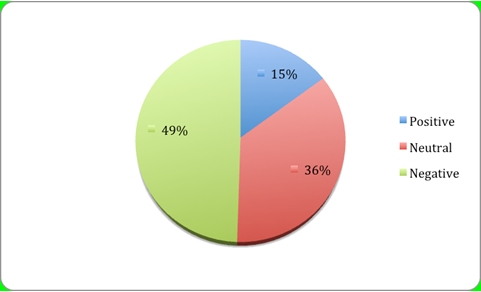 Figure 5. Display of Trust in Tweets about Hurricane Sandy

Hurricane Sandy is the most recent crisis event explored and reviewed in this research. Even before Hurricane Sandy descended in the East Coast of America, Twitter already set up a resources page that Twitter users can access and consult especially in times of emergency. Aside from receiving updates in the form of Tweets via Short Messaging Service (SMS), Twitter also collated a number of Twitter accounts and hashtags (#) that users could follow for news or updates, or contact for specific emergencies. Table 10 and Figure 5 illustrate the nature of Twitter posts about Hurricane Sandy. The tweets marked as neutral were mostly words of encouragement from other people. Most users were simply remembering where they were during Hurricane Sandy, what they did, and how it affected them. The tweets marked as negative, on the other hand, were criticisms of how public organizations and agencies handled the disaster. Some even linked crisis management to the failure of these institutions (especially FEMA) in handling the outcomes of Hurricane Sandy during and after it hit New York and New Jersey. The tweets marked as positive, on the other hand, were those that encouraged other people to join charitable causes to help those who were affected by Hurricane Sandy. Other positive tweets include message of thanks for the help they received after Hurricane Sandy.

Experience troubles when trying to write a top-notch scholarship essay? Why don’t you try your luck by asking for scholarship essay help at Pro-Papers writing service? Be sure, the result won’t disappoint you.

The Twitter accounts include public and private organizations in each state affected by Hurricane Sandy: Connecticut, Delaware, District of Columbia, Maine, Massachusetts, New Jersey, New York, North Carolina, Pennsylvania, Rhode Island, South Carolina, Vermont, and Virginia. Aside from public and private organizations in each state that could help the public, Twitter also published the Twitter accounts of important national agencies and organizations such as the American Red Cross, the Cable News Network (CNN), the Federal Emergency Management Agency (FEMA), the National Hurricane Center (NHC), the National Oceanic and Atmospheric Administration (NOAA), the National Weather Service (NWS), and Ready, a public service advertising which is in partnership with FEMA. (Twitter, 2012)

Twitter posts about Hurricane Sandy proved the importance of social networking, specifically the microblogging site, in information dissemination. The management of the crisis may have been similar to how Hurricane Katrina was handled before, according to some Twitter users. Nevertheless, Twitter allowed online users to report to public and private organizations, get updates, ask for help, and retweet important resources and information to their family and friends. At this stage of the “social networking in crisis communication life cycle,” people are more appreciative of the contributions of social networking. Moreover, they are more aware and knowledgeable about social networking and how it could be used for crisis communication and management.